Available in Print through Drivethru RPG.

Panic at the Dojo is a tabletop game for 3-5 players set in a modern world where martial arts reigns supreme, and magic exists a little bit. All mundane personal conflicts (overdue rent, petty theft, movie opinions, and whose turn it is to wash the dishes) are decided by high level martial arts fights. People yell at each other, throw out punches, swing swords, make explosions, improvise with ladders, shout attack names, and unleash their special techniques passed down for generations. At the end of the day, someone gets what they want and everyone else has to limp home empty handed.

Basically, imagine if the Jackie Chan Adventures cartoon was a documentary, and also a tactical combat focused tabletop game.

In Panic at the Dojo, you and your friends will each take on the role of an average person in this universe - a skilled fighter trying to carve out their own personal niche. You will usually be working together, but not always! Panic at the Dojo is focused on tactical positioning, over-the-top combat, and whimsical, customized fighting styles that you build yourself.

Part of what makes Panic at the Dojo unique is its Stance-based combat system. Your characters have multiple fighting stances they can assume, and each stance gives you different bonuses and unique actions. In this way, you can effectively change your character's entire focus on the fly, to become what you need when you need it.

There isn't an initiative order - when a Hero turn comes up, any Hero can take it! But you only get one turn per round - if you go first, you're not going again until everyone else has had a go.

During your turn, you choose one of your Stances to assume, roll its Action Dice, and spend the numbers you get to perform actions. Higher numbers let you perform more powerful actions, and every Form has a different set of Action Dice to work with. Once you have spent all your numbers on actions, your turn is over, and the Enemy team picks someone to go next.

Your actions never miss - your dice determine how powerful they are, not whether or not they work at all. Your actions translate into a string of moves that all chain together and often feel like something only you could do, with your specific fighting style. And order matters - stronger actions tend to send your enemies flying away from you, so you need to hit them with the weaker hits first or you won't have an enemy to keep hitting!

In order to download this game you must purchase it at or above the minimum price of $14.95 USD. You will get access to the following files:

Panic at the Dojo.pdf 18 MB 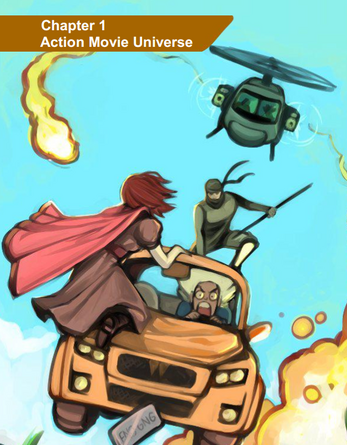 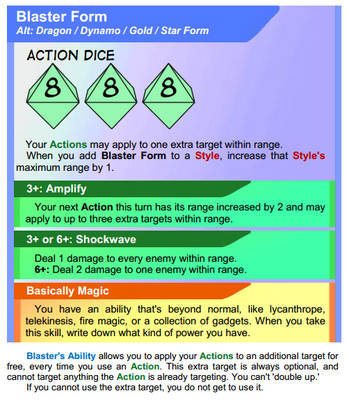 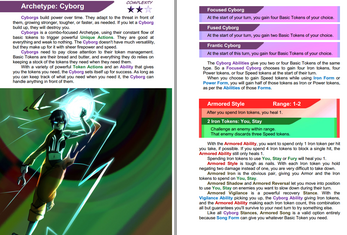 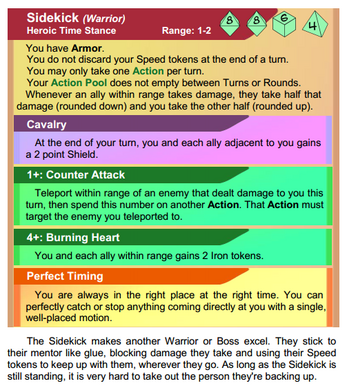